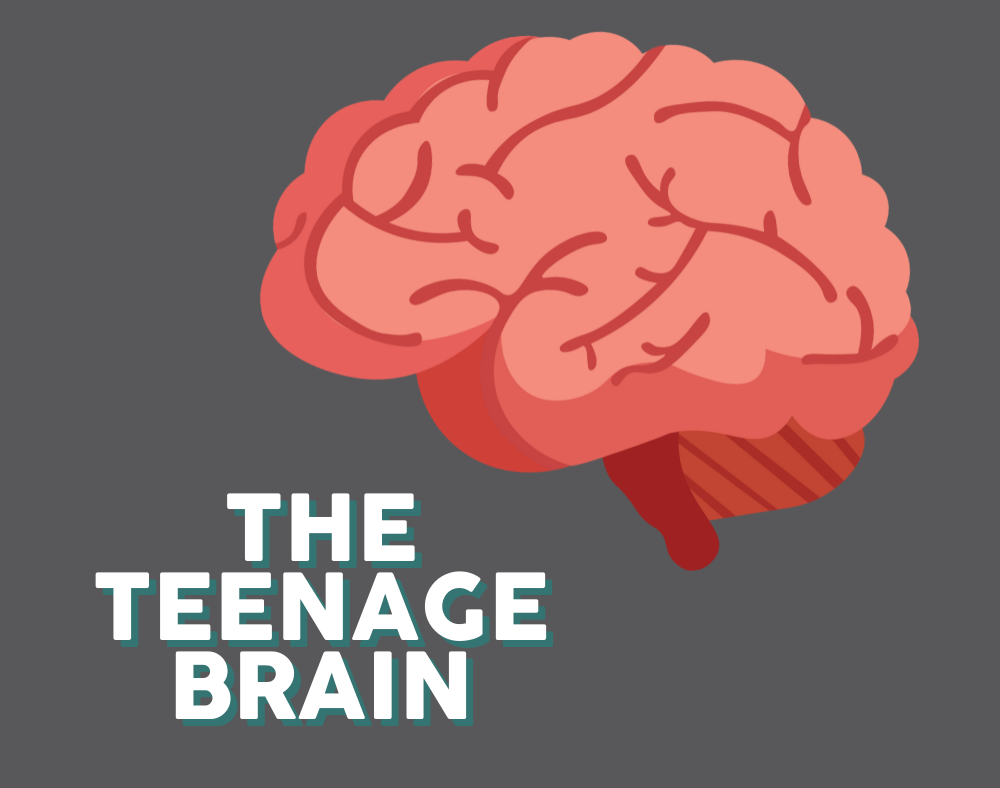 As a parent of a teenager, you’ve almost certainly had a moment (or many!) where you felt like you were fighting a losing battle. They won’t talk to you, won’t clean their room, they sleep in every day, and somehow know exactly how to push your buttons.

You might feel like you simply don’t understand the teenage brain – and you probably don’t! Young people’s brains are going through significant changes in both structure and functions which cause a variety of behaviours. Here’s a quick overview of two of the most significant changes:

Very young children’s brains make all the possible connections in their brain that they can to learn as much as they can about the world. However, in adolescence, any pathways that aren’t used are pruned away, creating a “use it or lose it” situation. This means that adolescence is the best time to create strong, healthy habits that will remain into a young person’s adult years.

Neurotransmitters are often referred to as the body’s chemical messenger.

These neurons send messages to the brain about what to do or how to feel, and in young people, there are three major neurotransmitters that change in levels during adolescence. These are:

How these changes affect your young person’s behaviours will be addressed after each of the questions below!

“Okay,” you might be thinking, “but how does this apply to my teenager?”. Well, luckily for you, we have compiled a list of the top 5 questions about your teenager – answered!

Your Top 5 Questions You Ask About Your Teenager, Answered

Why does my teenager go to bed so late?

As mentioned above, melatonin is the hormone responsible for control of the sleep-wake cycle, regularly produced by the brain in response to darkness. However, in adolescence, young people’s melatonin production is delayed, which can cause them to stay up and sleep in late.

This physical brain change can additionally be worsened by the use of blue light technologies close to bedtime. To help lessen this effect, encourage the use of night mode on your young person’s electronics once the sun goes down!

Why is my teenager so moody?

Serotonin is the neurotransmitter responsible for a variety of functions including moderating mood and feelings of well-being. During adolescence, there is a significant drop in serotonin – particularly in females. Low serotonin can be linked with anxiety, mood swings, loneliness, and depression.

Because of this, as parents and mentors, it can be difficult to differentiate between a “normal” teenage low, and when extra help might be needed. Knowing your young person well will allow you to recognise when antisocial behaviours are out of the ordinary, and additional help may be needed.

Why does my teenager take so many risks?

Dopamine is known as the brain’s pleasure neurotransmitter, playing a role in novelty seeking. Dopamine fluctuates constantly in adolescents, causing risk-taking behaviours as young people search for a surge. This may present in the form of dangerous choices, such as speeding, breaking rules, and pushing boundaries.

One of the ways a supporting adult in a young person’s life can assist with dopamine regulation is by encouraging healthy risk taking, such as public speaking, sports or psychological challenges. Encourage small steps to slowly make change, rather than all at once.

Why is my teenager always on their phone?

Another dopamine-driven behaviour! Dopamine is also associated with the reward system in the brain and is often called the “feel good” chemical. One of many triggers of dopamine in the brain (and not just for young people – adults too!) is receiving a notification on your phone – we have been trained to realise that it often means someone has “liked” a post or sent us a message, which makes us feel important and wanted. Unstable dopamine levels may be just one of the many reasons your teen spends so much time on their phone.

Help your teenager create a healthy relationship with their devices, understanding when and why social media sites are addictive, and encourage purposeful use, rather than constant mindless scrolling.

Why doesn’t my teenager know what they want to do?

To combat this, it helps to play into the emotional side of a young person’s ideal future – not just in regard to their career, but also the kind of person they want to be in the rest of their life, too. Ask them how they might feel when they achieve something, what lifestyle they might be able to live, and what qualities and strengths they’d like to show as a person. Connected goals to an emotion can help a young person really connect with a goal in a way they understand, and will help them be content in their future, regardless of what career they may follow.

These answers to some of the most common questions parents ask about their teenagers will hopefully help you understand what exactly is going on in your teenager’s brain – and adjust how you support them accordingly. Teenagers have different needs, and sometimes it’s necessary to let them sleep in, or spend a little extra time on their phone. Be sure to encourage your young person and help them make the most of this “use it or lose it” time to build healthy habits that will help them reach their goals!

If you’d like to learn more about the teenage brain, you can check out our full webinar on the topic here.

We usually hold free webinars for parents and caregivers whose young people are going through our Personal Leadership Program, to educate them about the key tools and concepts being taught. We are now offering more webinars to the public, as they will be useful to anyone who has a young person in their life.

Need someone to talk to?